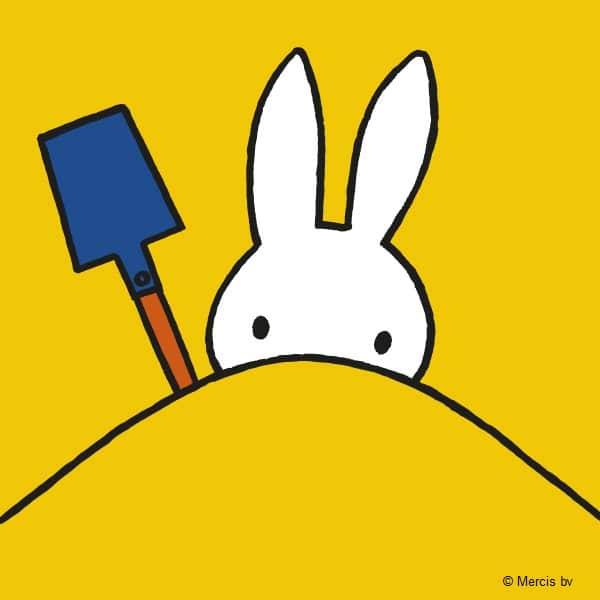 “I don’t look at things as I see them now, but as how I saw them in the past. For Miffy’s grandfather I think of my own grandfather, how I used to go to the playground with him and how he held me by the wrist.”  (Dick Bruna)

Miffy’s celebrates her 65th birthday on 21st June 2020 and she still looks as young and spritely as ever! Miffy is the most famous rabbit in the Netherlands, and internationally. Despite having been around for 65 years her popularity never shows any sign of waning. She is one of the most iconic childhood characters in the world.

We love Miffy here at Little Clogs and have many Miffy and Nijntje books, toys and decorations in our homes. Nijntje is the Dutch name for Miffy which is derived from the word Konijn which means rabbit in Dutch. The Dutch often add a “tje” to the end of words to make them little and cute!

There is something about Miffy that has stood the test of time and children (and parents) love her as much now as ever. It might be the simple bright colours of red, blue, yellow, white and green used by her creator Dick Bruna or the clear pictures and shapes and the minimalist style which really appeal to everyone. Miffy instils safety, she is happy and she has a positive outlook. As Dick Bruna said himself “It’s all about being as direct and clear as possible. I often imagine there is an invisible child sitting opposite me in my studio watching me and checking that my work is just right for them…not their parents or anyone else”. 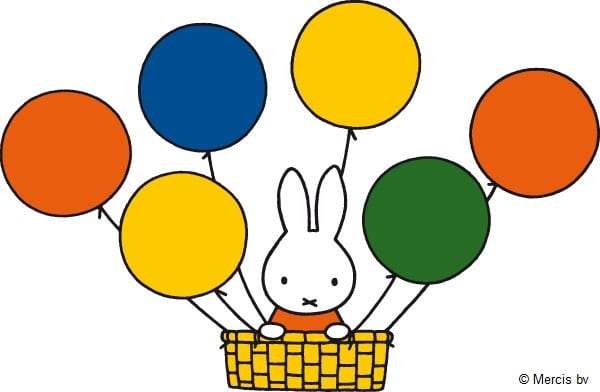 Miffy was born in 1955 when Dick Bruna was enjoying a family holiday with his one year old son at Egmond aan Zee, a seaside resort a short drive north of Amsterdam, and they spotted a little rabbit playing in the sand dunes. A floppy eared rabbit was sketched and this later became a pointy-eared Miffy. He decided Miffy was going to be a girl and the Miffy stories were born.

Dick Bruna really saw the world through the eyes of young children and each of his stories are simple and relevant and are about normal day to day things such as going to school, going to the shops, going to the beach and to birthday parties. His picture books are 12 pages long and are designed to be held by little hands.

Miffy is famous worldwide but nowhere more so than in Holland, and in Utrecht, the birth place of Dick Bruna. Here you can visit the Miffy Museum, as well as the Centraal Museum which has Dick Bruna’s house as a permanent exhibition. Utrecht also has a central square named after Miffy called the Nijntjepleintje and some of the traffic lights in Utrecht are Miffy shaped! There are many giant painted Nijntjes hidden around Holland too. What began as a sketch of a little rabbit then led to the creation of over 30 picture books about Miffy and her friends, the first of which was “Miffy at the Zoo”. It has since become a worldwide phenomenon with Miffy television programmes and a film and more recently a whole line of Miffy merchandise including bedding, pictures, lighting, clocks, toys and more.

Next time you are in the Netherlands see if you can spot any Nijntjes peeking out from anywhere! Miffy lovers should take the trip to Utrecht and immerse themselves in everything Miffy for a day! Most of the magical woodlands holiday parks in our collection are an easy drive from Utrecht (Landal Amerongse Berg is the closest at 30 minutes away). 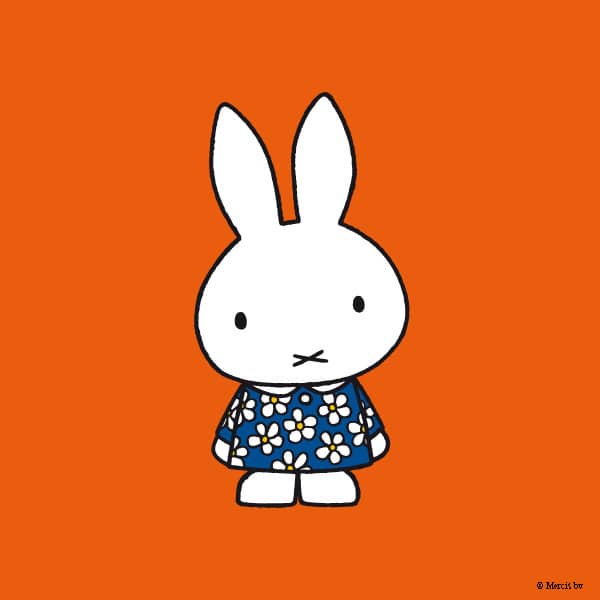